argylesock says… Oh me oh my. [Edit] A few weeks later, the ban went through. 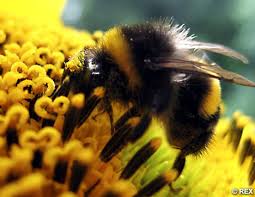 A European attempt to ban the world’s most widely used insecticides that have been linked to serious harm in bees has failed. The Guardian reports on a real modern problem!

The European commission proposed a two-year suspension of neonicotinoids after the European Food Safety Authority (EFSA) deemed their use an unacceptable risk, but major nations including UK and Germany failed to back the plan in a vote on Friday.

The result leaves environmental campaigners, scientists and some politicians bitterly disappointed. “Britain and Germany have caved in to the industry lobby and refused to ban bee-killing pesticides,” said Iain Keith, at campaign group Avaaz. “Today’s vote flies in the face of science and public opinion and maintains the disastrous chemical armageddon on bees, which are critical for the future of our food.”

The chemical companies that dominate the billion-dollar neonicotinoid market, Bayer and Syngenta, were…

I wrote a PhD about veterinary parasitology so that's the starting point for this blog. But I'm now branching out into other areas of biology and into popular science writing. I'll write here about science that happens in landscapes, particularly farmland, and about science involving interspecific interactions. Datasets and statistics get my attention. Exactly where this blog will lead? That's a journey that I'm on and I hope you'll come with me.
View all posts by argylesock →
This entry was posted in agriculture, ecology, horticulture, miniculture and tagged apiculture, arthropod, Bayer, clothianidin, Department for Environment Food and Rural Affairs, honeybee, hymenopteran, imidacloprid, insect, insecticide, law, neonicotinoid, pesticide, politics, pollination, Syngenta, thiamethoxam, wild bee. Bookmark the permalink.