argylesock says… I love my country but I want it to fail on this vote. We need bees more than we need neonics.

The Guardian 2013-04-04: The UK ministers attempting to block a Europe-wide suspension of the neonicotinoid insecticides increasingly linked to serious harm in bees are heading for a crashing defeat. That is the only conclusion I can draw having been given an insight into the arguments they are deploying by Prof Ian Boyd, the chief scientific adviser to environment secretary Owen Paterson. “It is very finely balanced – there is no doubt about this at all,” Boyd said. He gamely argued that the “balance of scientific evidence suggests [a ban] is not proportionate” and that a financial cost-benefit analysis indicated a ban would cause… more » 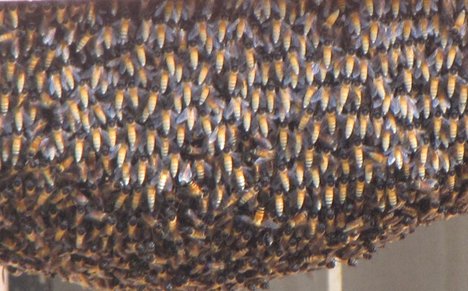 I wrote a PhD about veterinary parasitology so that's the starting point for this blog. But I'm now branching out into other areas of biology and into popular science writing. I'll write here about science that happens in landscapes, particularly farmland, and about science involving interspecific interactions. Datasets and statistics get my attention. Exactly where this blog will lead? That's a journey that I'm on and I hope you'll come with me.
View all posts by argylesock →
This entry was posted in agriculture, ecology, horticulture, miniculture and tagged arthropod, clothianidin, conservation, honeybee, hymenopteran, imidacloprid, insect, insecticide, neonicotinoid, Paterson_Owen, pesticide, politics, pollination, thiamethoxam, wild bee. Bookmark the permalink.