How UK water companies are polluting Britain’s rivers and beaches 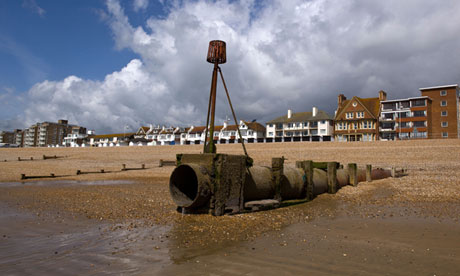 The most persistent and frequent polluters of England’s rivers and beaches are the nation’s 10 biggest water companies, an Observerinvestigation has revealed.

The companies, which are responsible for treating waste water and delivering clean supplies, have been punished for more than 1,000 incidents in the past nine years, but fined a total of only £3.5m.

The revelations have raised concern that the financial penalties are far too low to change the behaviour of an industry that generates billions of pounds in profits and shareholder dividends. The charge is backed by the Sentencing Council for England and Wales, which is proposing major hikes in penalties.

Pollution incidents, which have included sewage illegally pouring into a harbour for more than a year, and managers destroying records, show no sign of declining, according to data obtained from the Environment Agency (EA) under freedom of information rules. Only a third…

I wrote a PhD about veterinary parasitology so that's the starting point for this blog. But I'm now branching out into other areas of biology and into popular science writing. I'll write here about science that happens in landscapes, particularly farmland, and about science involving interspecific interactions. Datasets and statistics get my attention. Exactly where this blog will lead? That's a journey that I'm on and I hope you'll come with me.
View all posts by argylesock →
This entry was posted in ecology, money and trade and tagged coastline, ecosystem, law, pollution, sea, water, waterway. Bookmark the permalink.